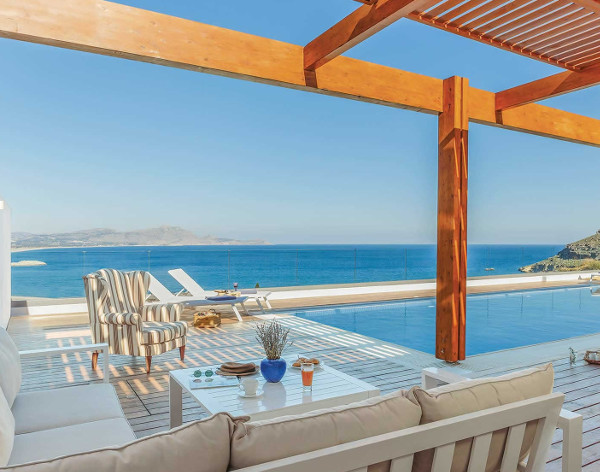 Villa Lindos Athena sleeps 6 people in 3 bedrooms. All three bedrooms have king-size double beds, and each bedroom is en suite.

The living room has a satellite TV & DVD player, with patio doors out to the terrace.

The kitchen has a cooker, microwave, dish washer, fridge/freezer and a coffee machine.

Villa Lindos Athena comes with air-conditioning, Wi-Fi, and pool towels. Talking of the pool... Outside you'll find your 8 metre by 5 metre pool, with views over the sea. There is also a lawn, covered terrace and a shaded dining area.

Tsambika is 2 kilometres from Villa Lindos Athena; as are the restaurants, bars and the beach. There is shop 300 metres from your villa.

At the start and end of your holiday, Rhodes Airport is a 50 minute drive from Villa Lindos Athena.

Villa Lindos Athena on the map

Other villas in Rhodes 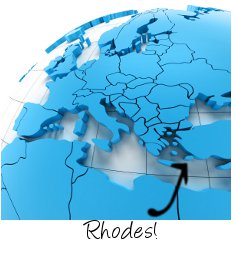 You'll find some of the cleanest and atractive beaches in the Greek Islands on Rhodes. Situated in the Aegan Sea, Rhodes has a plothera of beachs for you to experience - but it's not all about the beaches; This fertile Greek Island also boasts some lush flora, and a string of ancient monuments. Whatever you're looking for on your Greek Island villa holiday, Rhodes should have something for you.

The villa above is Villa Lindos Athena - in the Vlycha Bay, region of Rhodes. We've also listed several other villas on Rhodes, so hopefully you'll find something to suit your holiday needs!